JUMP DIRECTLY TO THE FOLLOWING SECTIONS:

Before we continue, in case a reader has no idea what we are talking about, you can start here:

That being said, back to our story…

Once our news department received the news, we sent out all our Paparazzi to get the latest scoops, news, pictures and videos so as for our readers to be able to get the most accurate info.

So, our Paparazzi went out, guns blazing, to get everything… just for you guys!

So, how did the brothers of ERMIS FC begin their camp?

They woke up early in the morning for their “daybreak” training session.

After that, back to their rooms for some breakfast.

At noon, another training session was completed… as planned.


After that, the team returned to their rooms for lunch.

And while some of you, who are reading the article, may believe that this was the end of their first day, think again…

The game consisted of three parts (or halves – aka, rounds).

In the first two rounds, the teams faced off against each other by playing a fast and a very dynamic game.

In the third part, both teams mixed their players, with each other, so as to have (additional) fun while playing football (aka soccer).

Worth mentioning is the fact that the kids, from both ERMIS FC and SV Böblingen, kicked out the referees from the pitch.

Because, among brothers no referees are needed! (yayyyyyyyyy….)

Anyway, the referees ended up drinking coffee and watching the game from the side-lines.

Furthermore, outside of the pitch the parents from ERMIS FC offered gifts to Petra and Nikoletta, both parents from SV Böblingen’s team.

As a symbolic “thank you” for taking good care of their children while ERMIS FC was visiting SV Böblingen, in Germany, during January 2017.

Additionally, a traditional tasty Greek “pita” (a Greek type of pie) was waiting for the parents of SV Böblingen to sweeten their stay in the facilities of ERMIS FC.

What is more, whenever an opportunity appeared the coaches and the management, from both teams, were taking pictures… obviously enough, they had their memento moments…

The night came, the team was exhausted, they had to wake up early in morning and consequently they went to bed…

Or so you thought…

Ladies and gentlemen, this is Greece and going early to bed is… a “NO GO”!

And right here is where the magic of our Paparazzi shined!

So how is it done correctly, here in Greece?!

Step 2: Once you have had too much alcohol… you drink more (lol).

Step 3: After completing the aforementioned step, you are READY to dance!

What is more, during the “PR-educational process” the guys shot a couple of videos and sent them towards their fellow brothers, who happened to be in Germany.

You know, to tease them a little!


Dancing the “Καλαματιανό” (click the play-button below to start the video):

Dancing the “Ζεϊμπέκικο” – The Dance of the Eagle (click the play-button below to start the video):

The next day, our brothers from Germany replied with the following video:

Dancing the “Συρτάκι” – Syrtaki (click the play-button below to start the video):

The second day started off with a “morning training” for our brothers from Germany.

Afterwards, they went to see the city of Volos and to enjoy a coffee – Greek style.

What? You never heard of the beautiful city of Volos? Mount Pelion, the Centaurs, Hercules, Jason, and the Argonauts etc?

For starters, here are some pictures of the beautiful city of Volos (click on the pictures to enlarge):

Furthermore, if you would like to learn more, and to refresh your Ancient Greek History and Ancient Greek Mythology, click on the relevant links below…


Click the links below and open the relevant pages from the awesome website of:
Ancient Greece Reloaded!

THE TWELVE LABORS OF HERCULES


In the afternoon SV Böblingen played its second friendly match against the team of Theseas Agria, a team that is based in a town right next to Volos; called Agria.

Below is a picture for you guys to get an idea of the beautiful scenery that is surrounding Mount Pelion (click on the picture to enlarge).


It should be noted that the team of Agria celebrated its 90th year of existence while playing against SV Böblingen. So yes, the game had also a symbolic meaning for them.

Nevertheless, the entire German team was eagerly awaiting the next day… and that for a reason; namely, Acropolis!!!

Hence, that brings us to Day 3!

In case that you guys do not know anything about the Acropolis (and the Parthenon) as well as the Acropolis Museum, click on the two relevant links below and you will be good to go!

"ACROPOLIS OF ATHENS (THE PARTHENON)"


Day 3 started off very early. By 6 o’clock in the morning the entire team was already travelling to Athens by bus.

and of course our Paparazzi followed close by, by employing their “Meisaigakure no Jutsu” (aka invisible/chameleon jutsu).

Below are some pictures taken from their visit in Acropolis (click on the pictures to enlarge)...

And a memento picture!


Finally, after a long day they boarded the bus to come back to Volos.

Exhausted some may say…

BUT! Remember what we talked about in Day 1?

This is Greece and going early to bed is a “NO GO”!

So, even though the entire team was exhausted... how did they spend their time, inside the bus, while travelling back to Volos?

(Thank our Paparazzi for that video, lol)

Inside the Bus!!! (click the play-button below to start the video):

As you correctly may have guessed it, the day started off with a “morning training” session for our brothers from Germany…

In the afternoon they travelled to Larisa to play against another Greek First-Division Football Team: known as AEL or Larisa FC.


To the Left: Sven Radel (Director of SV Böblingen) – To the right: Chronis Sapounas (Director of Ermis FC) - In the centre: Ilias Selionis (Academy Director of Larisa FC)…

At nightfall, the team returned to Volos…

Frankly speaking there is not much to say about the final day; and that is due to the following reason:

In the morning, the team woke up, had its breakfast… packed its stuff, we said our farewells and… the team of SV Böblingen travelled back to Germany, Stuttgart!

We will close our report by wishing our brothers a safe trip back home and that it is always a great pleasure spending time together with you guys!!! 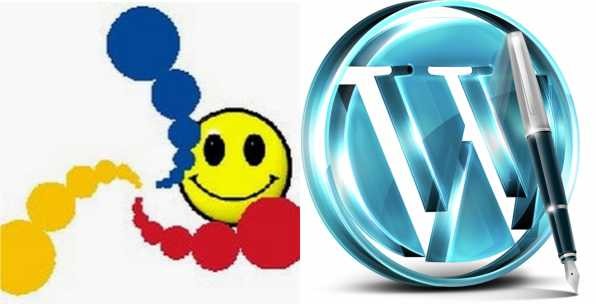